As soon as Instagram announced the official dates for Worldwide Instameet, I knew I wanted to throw a fun, food-related and funky event for Instagrammers of Vancouver. I asked Chris Wong(@wongski) whom I had been trying to host a Ramen meet with to co-host Worldwide Instameet together. The answer was YES! So I started contacting a few Ramen places in and around downtown area and finally able to be gotten in touch with the owner of The Ramen Butcher, a newly opened Ramen restaurant in Chinatown. However, the brand-new restaurant was short-staffed and unable to accommodate us. That was the ah-ha moment as I saw the opportunity of hosting an open, welcoming, photo-walk based Instameet instead.

Thus, I suggested to Chris to meet up in front of Pacific Central Station in the afternoon to make our way to Strathcona Village near Chinatown where is quite residential but got funky little shops, cute and colourful houses and (Insta)gram-able architectures. After deciding the neighbourhood, everything came into places quite smoothly. I've got three "Strathcona" candles to giveaway as courtesy of Vancouver Candle Co., also, delicious cookies for everyone, baked by the talented Amy(@constellationinspiration) while Chris was wandering around the 'hood to make the photo walk route.

The day before the game day, the weather was so crappy like nobody would've wanted to take a step outside home. I crossed my fingers all day long to have a little bit "nicer" day. In the early morning of March 21st, the first thing I did when I got up was looking out the windows to check the weather. Thankfully, it wasn't as bad as the day before. I headed out to the Pacific Central Station feeling a bit nervous about its turnout. By 1:20pm, we had about 50 people showed up. Yay! We got all the people wearing a name tag with their name and Instagram handle, took a LOT of group-fies along the way, gave the candles away and continued on photo walking in the neighbourhood as getting to know each other. 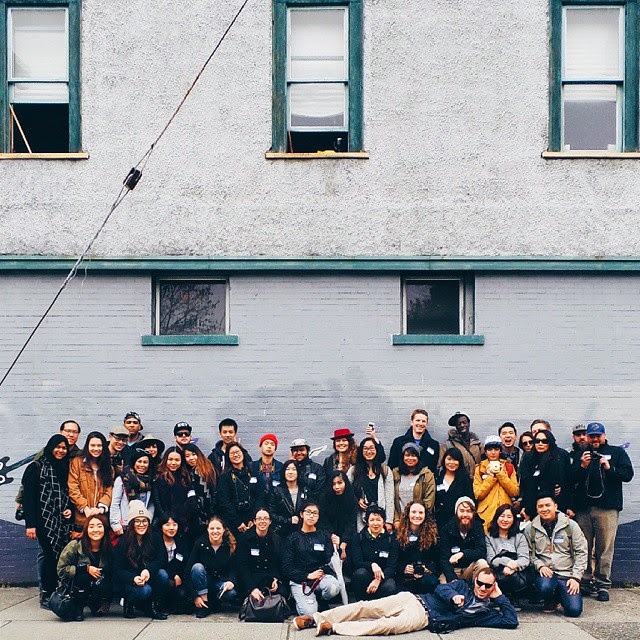 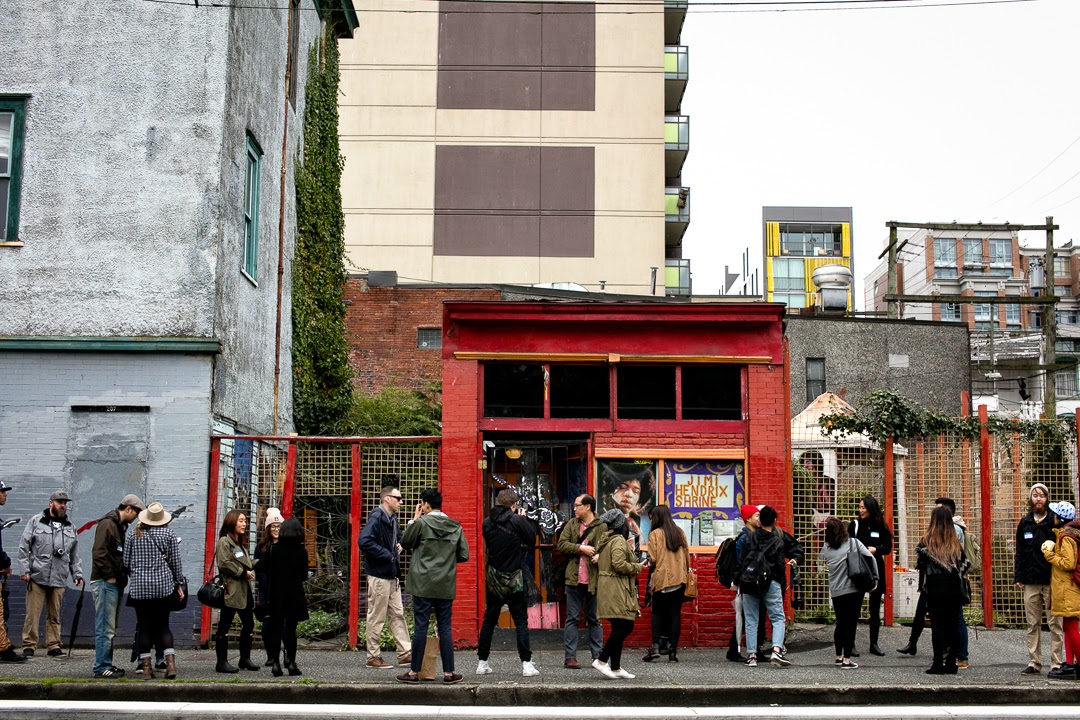 Just before I shouted out to everyone to get lined up for the group-fie, taken by Amanda 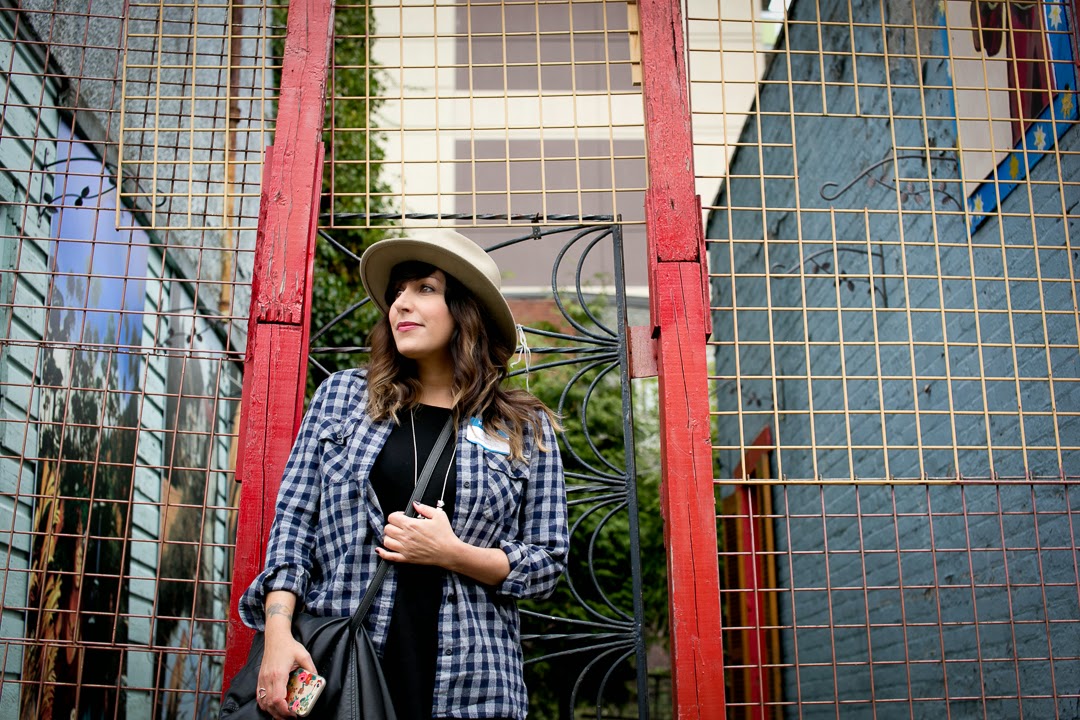 Beautiful inside out, Lynn(@heartedgirl_) taken by Amanda 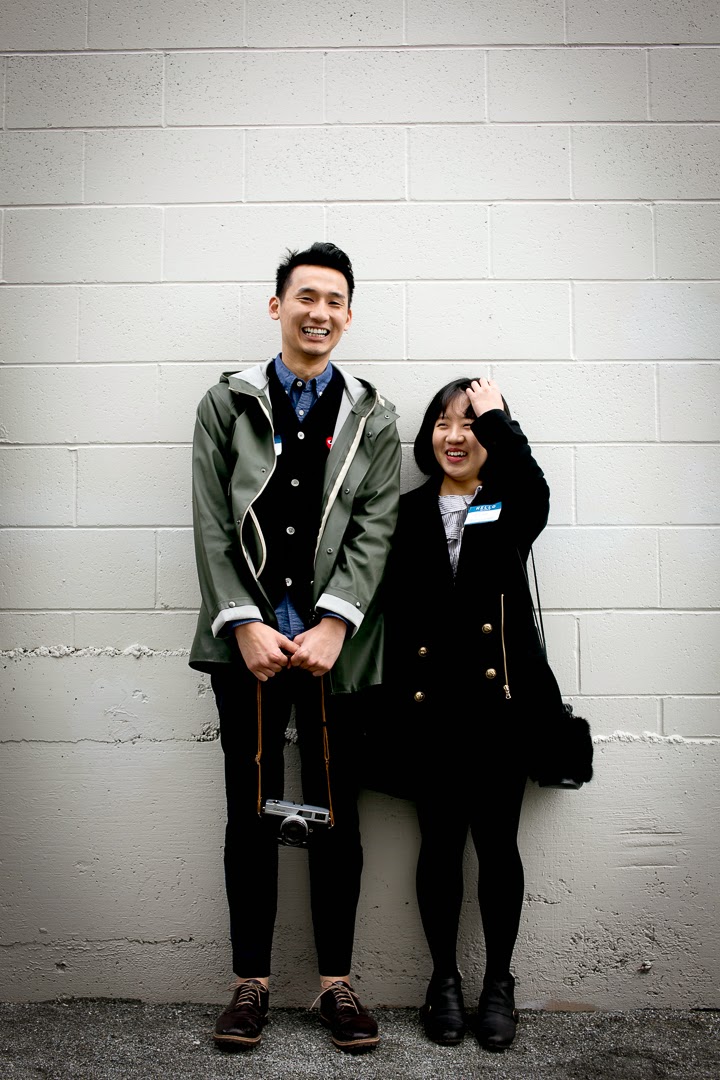 These adorable duo, Daniel(@thedanielpham) and Byun(@bbyyuunn), came all the way from Seattle to join us! Taken by Amanda 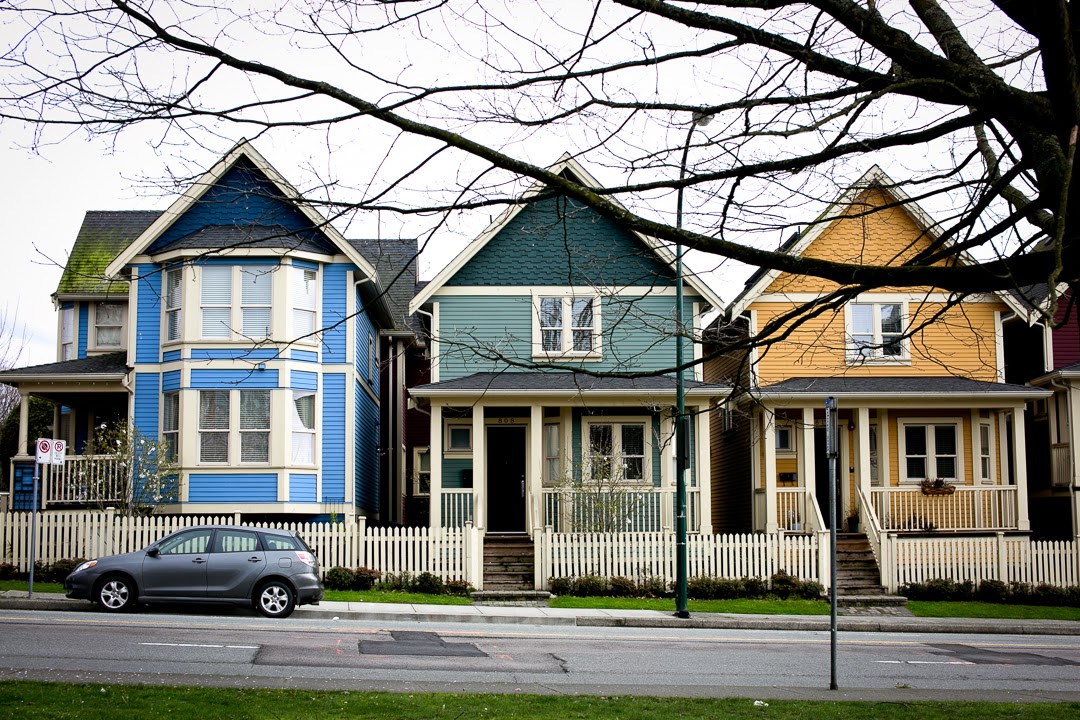 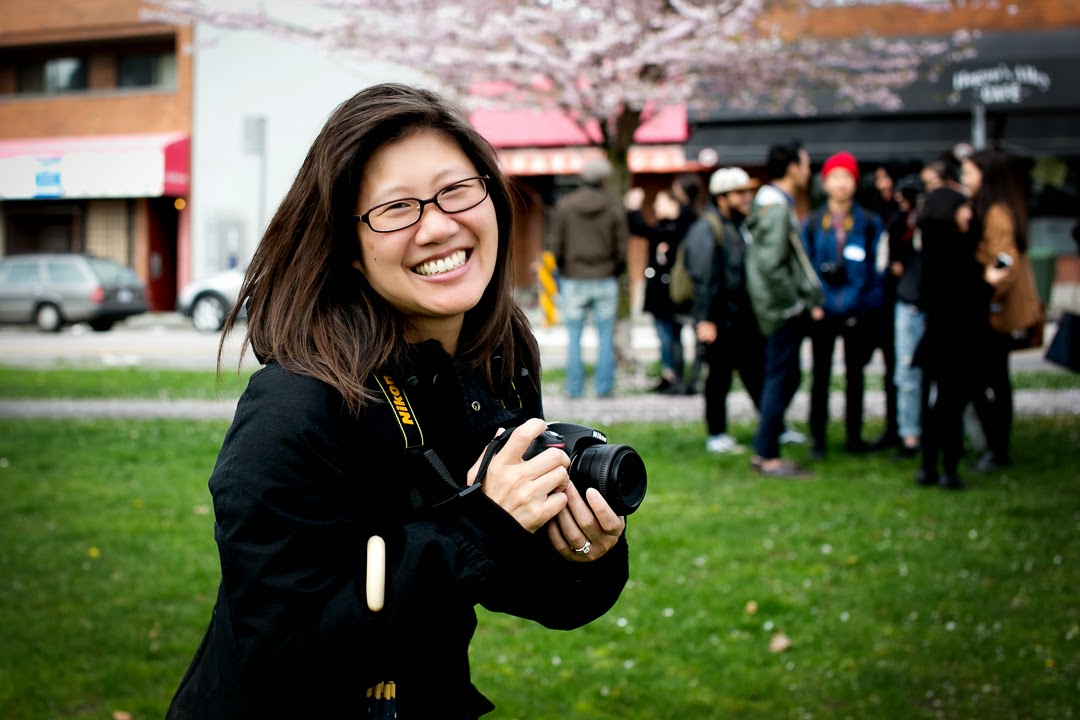 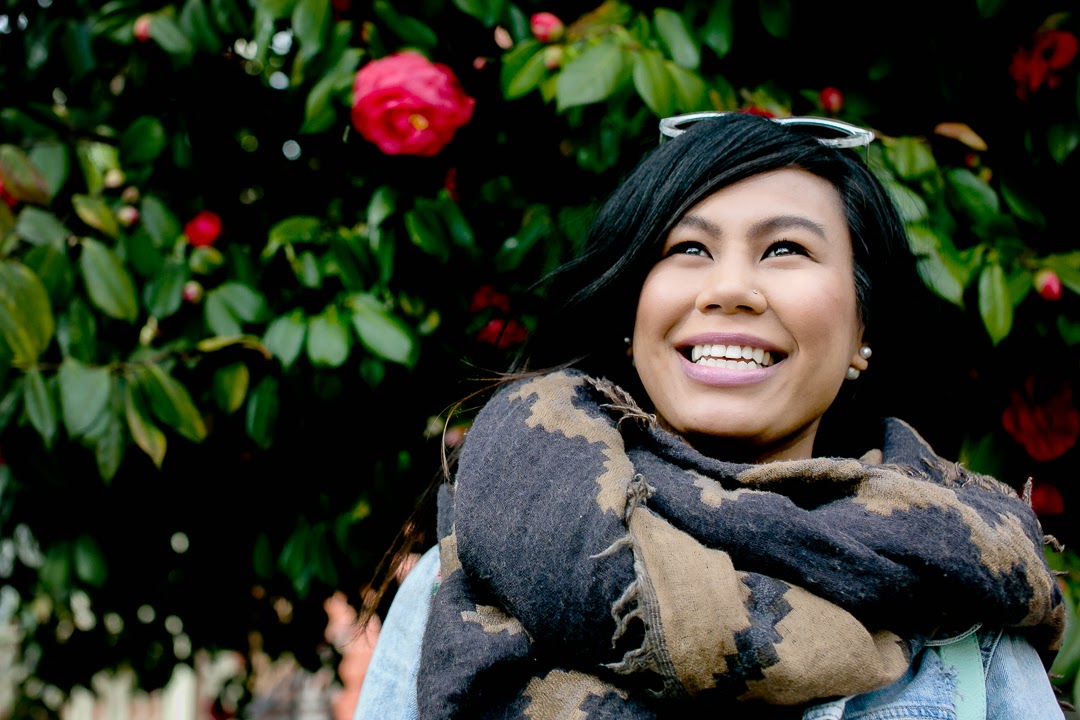 Fun, playful and pleasant to hang out with Vanessa(@vanessashakespeare) taken by Amanda Such a fantastic model, Mariana(@oversharer) taken by Amanda 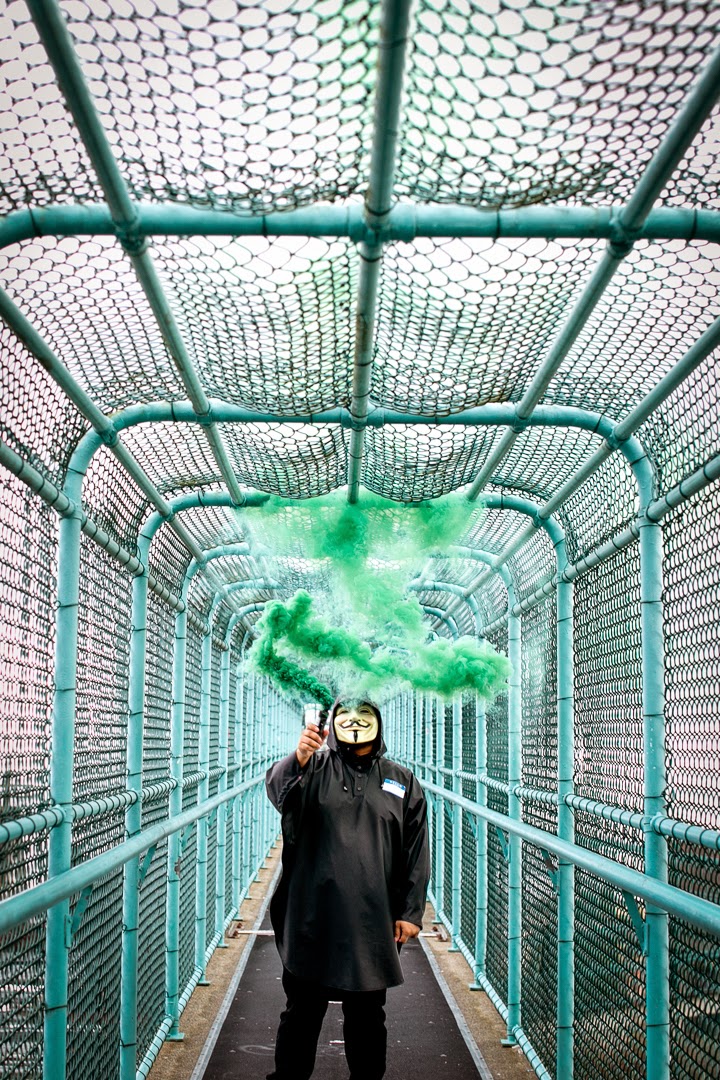 One of the highlights of the #strathconameet, Josh(@dopeitsjosh)'s smoke bomb action! Taken by Amanda 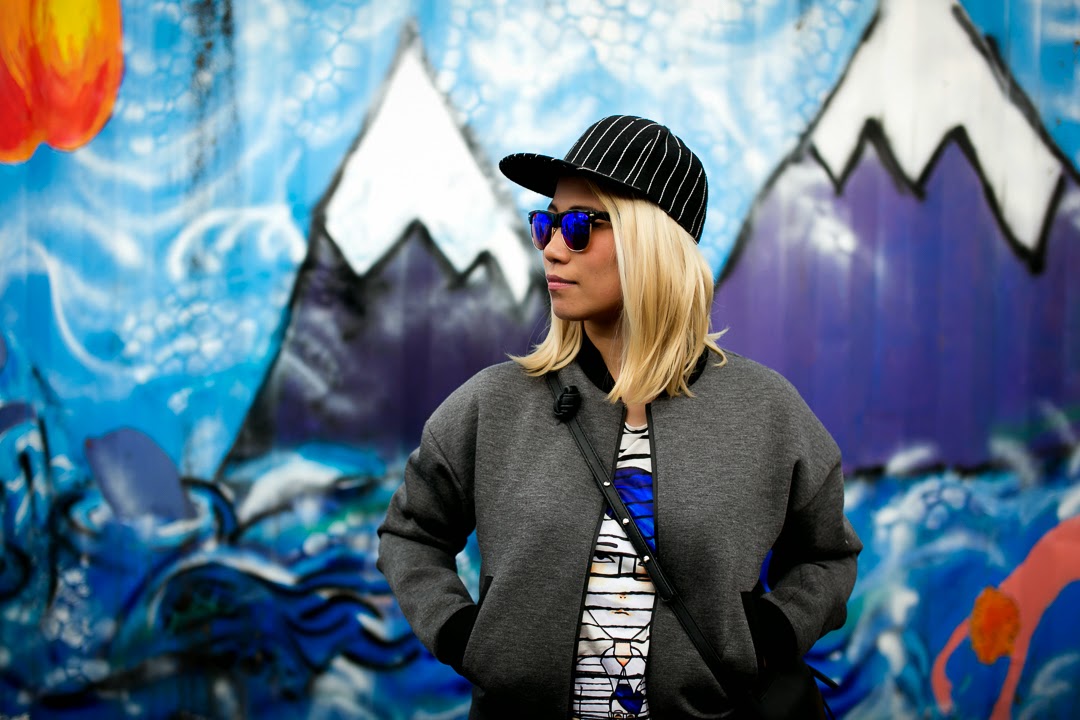 Portrait of me taken by Amanda 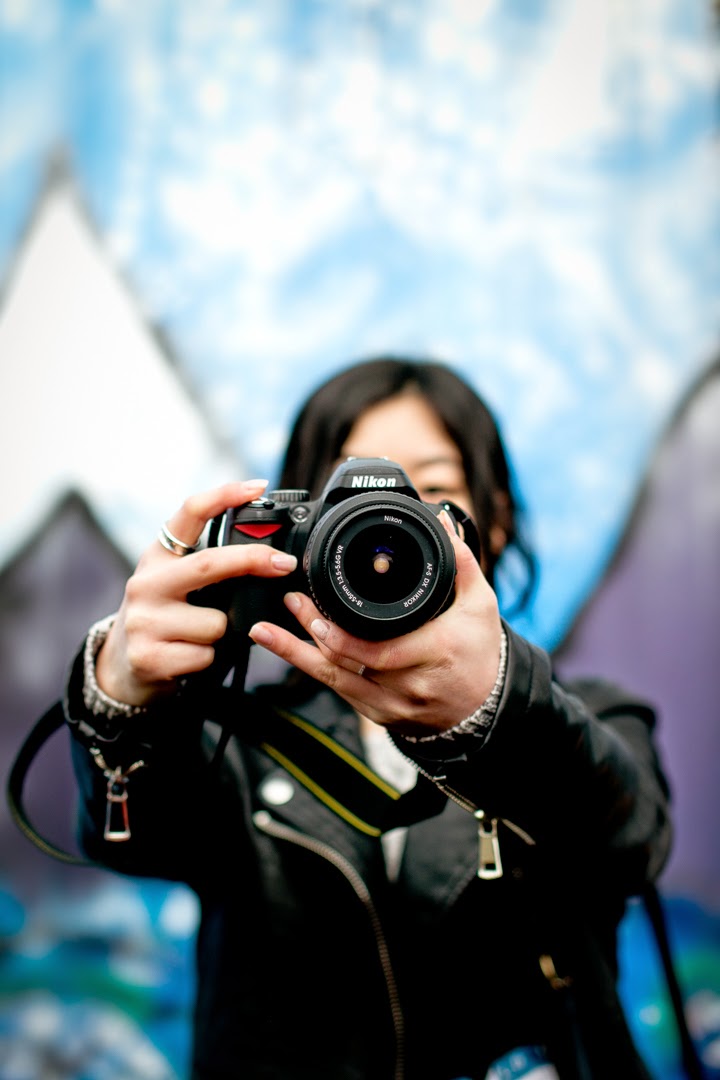 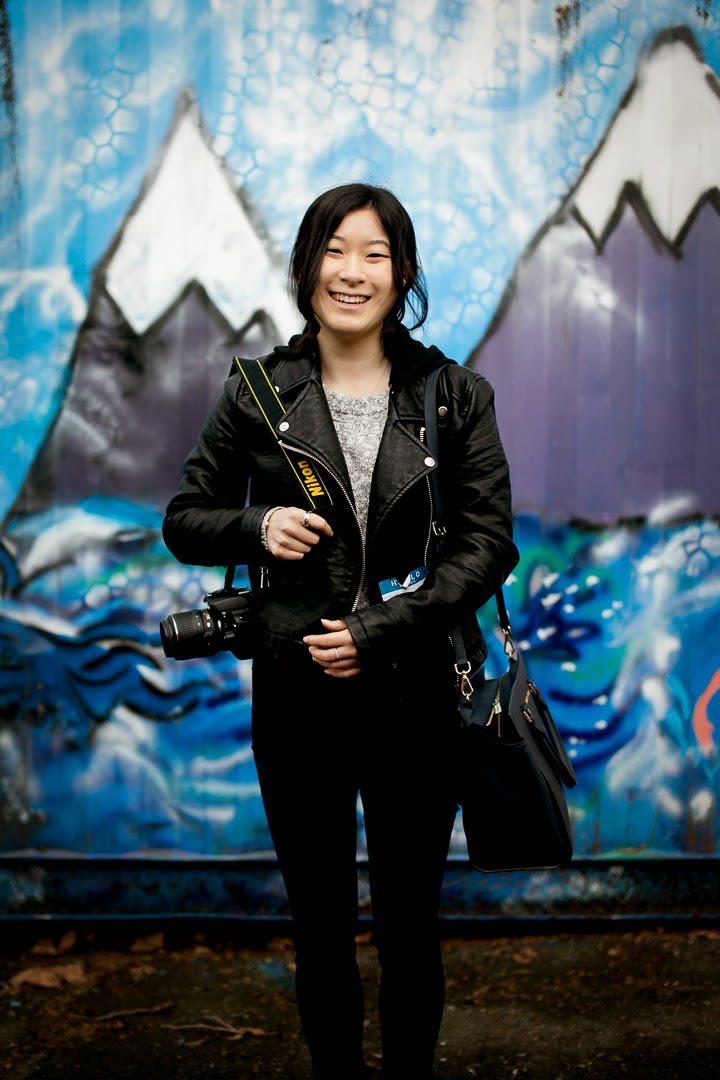 Portrait of Yuri(@yurisdiary) taken by Amanda 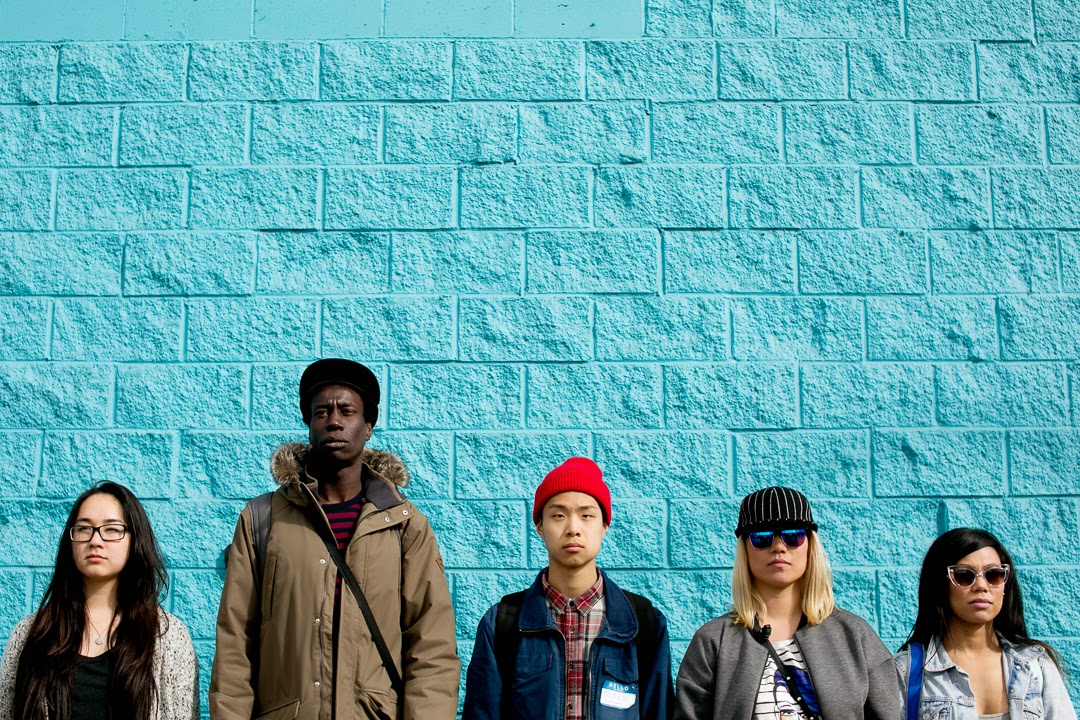 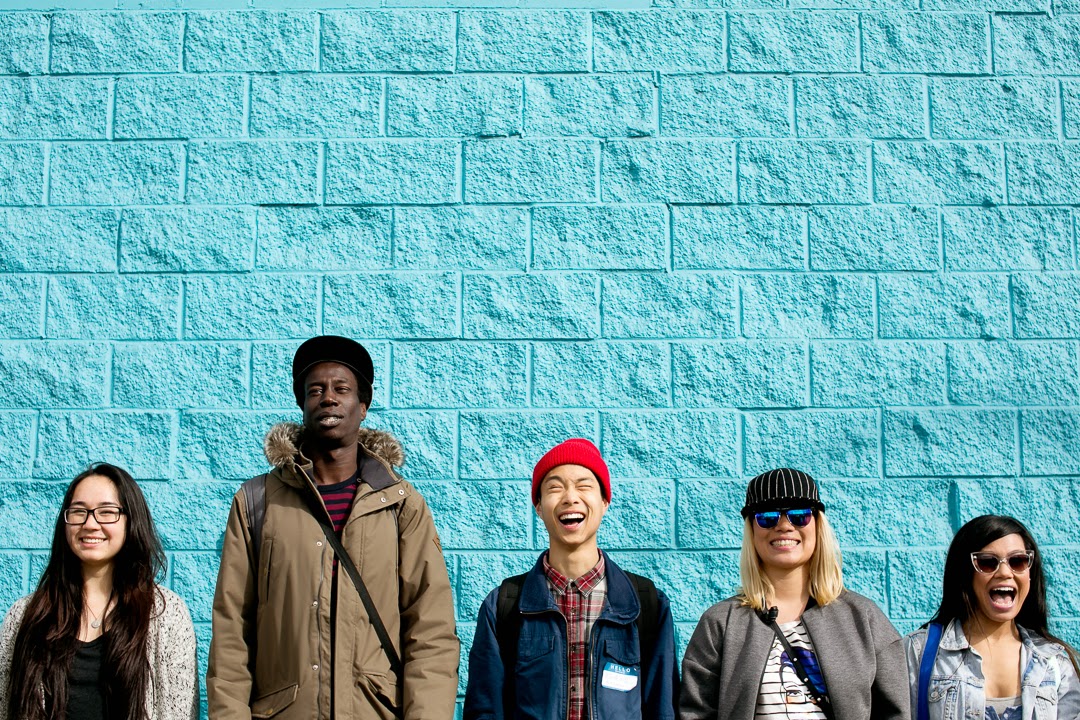 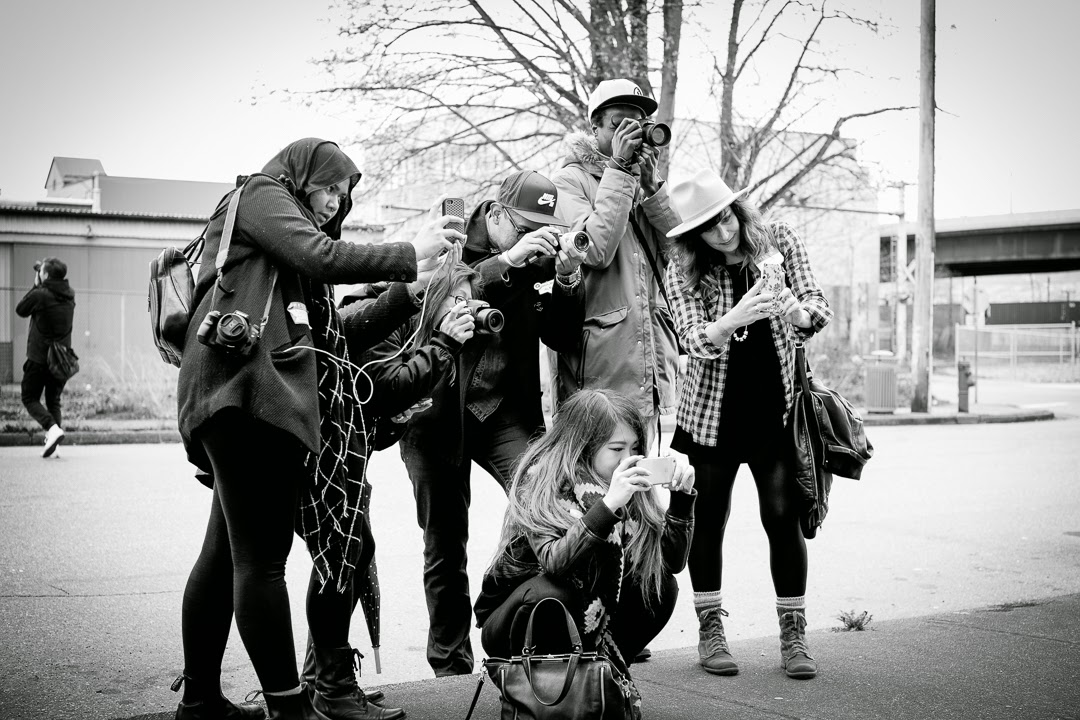 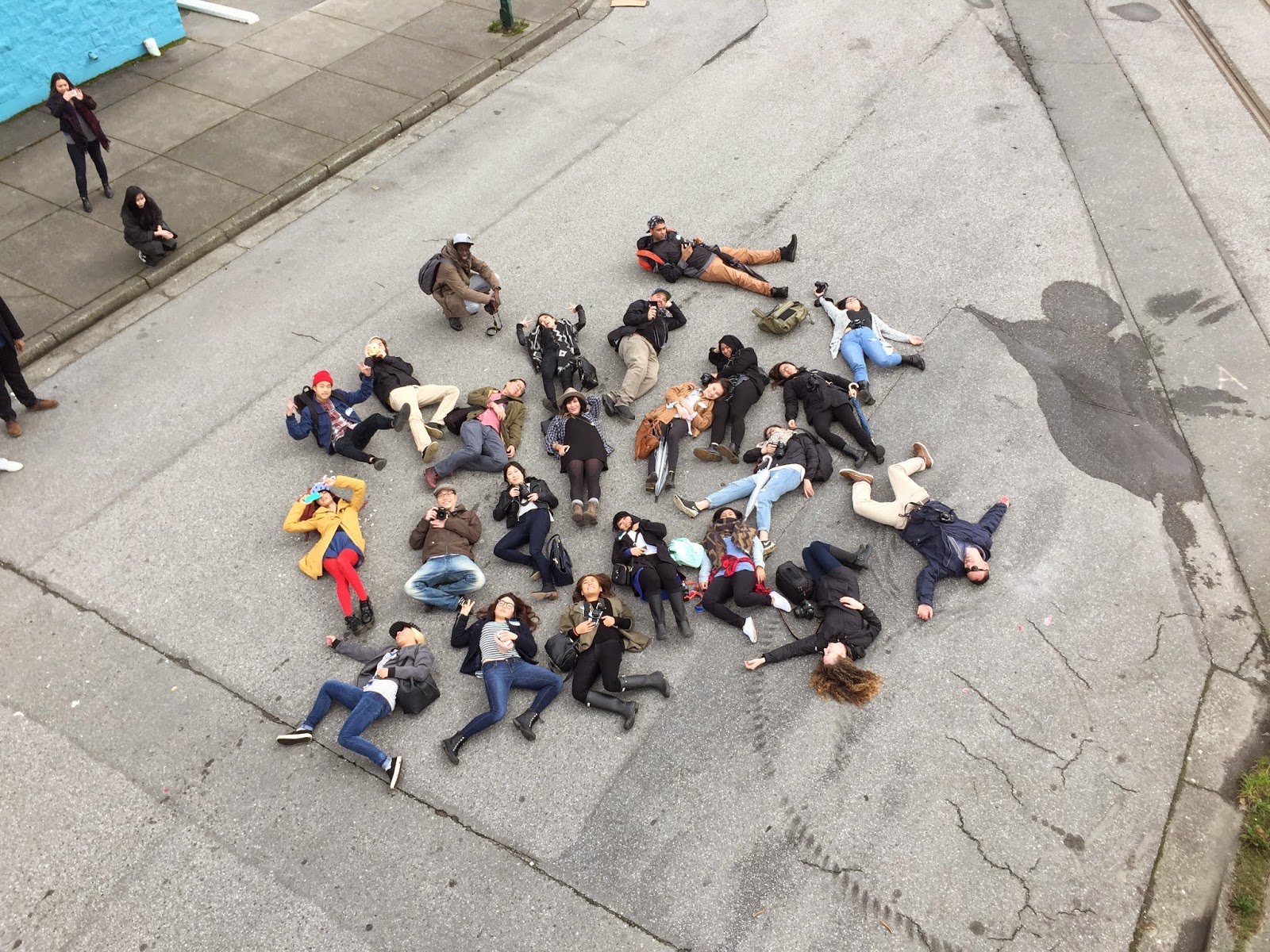 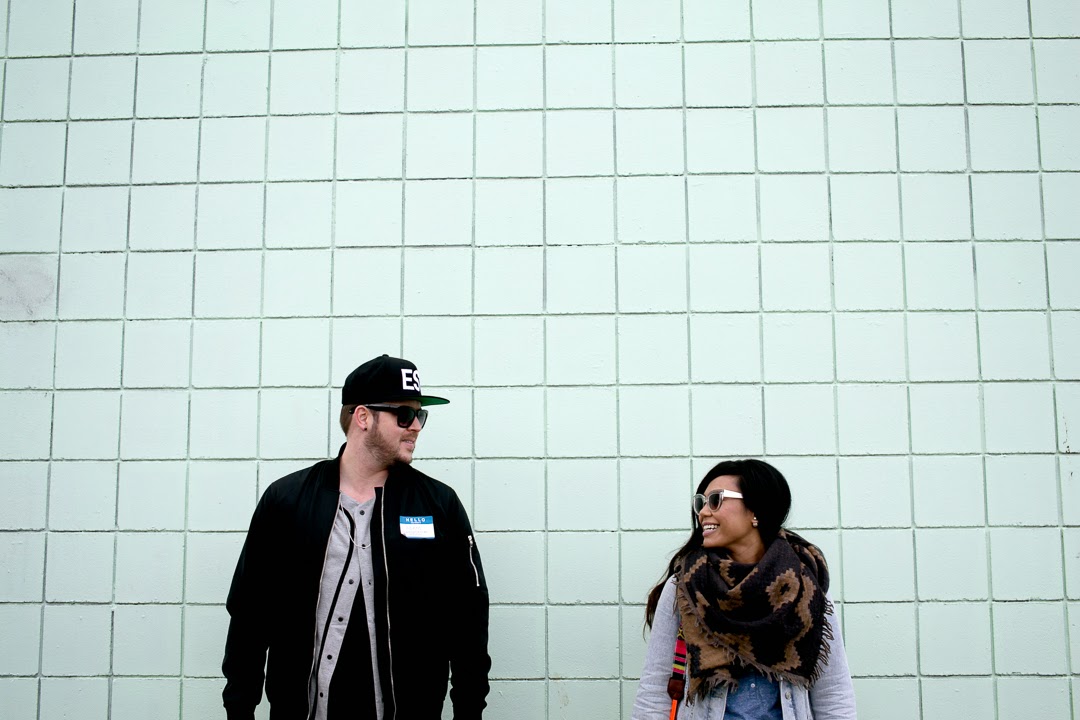 Adam(@adammckinnonofficial) who was courageous (or crazy) to go up on the traffic sign and took the picture above, adoring his lovely girlfriend Vanessa(@vanessashakespeare) captured by Amanda 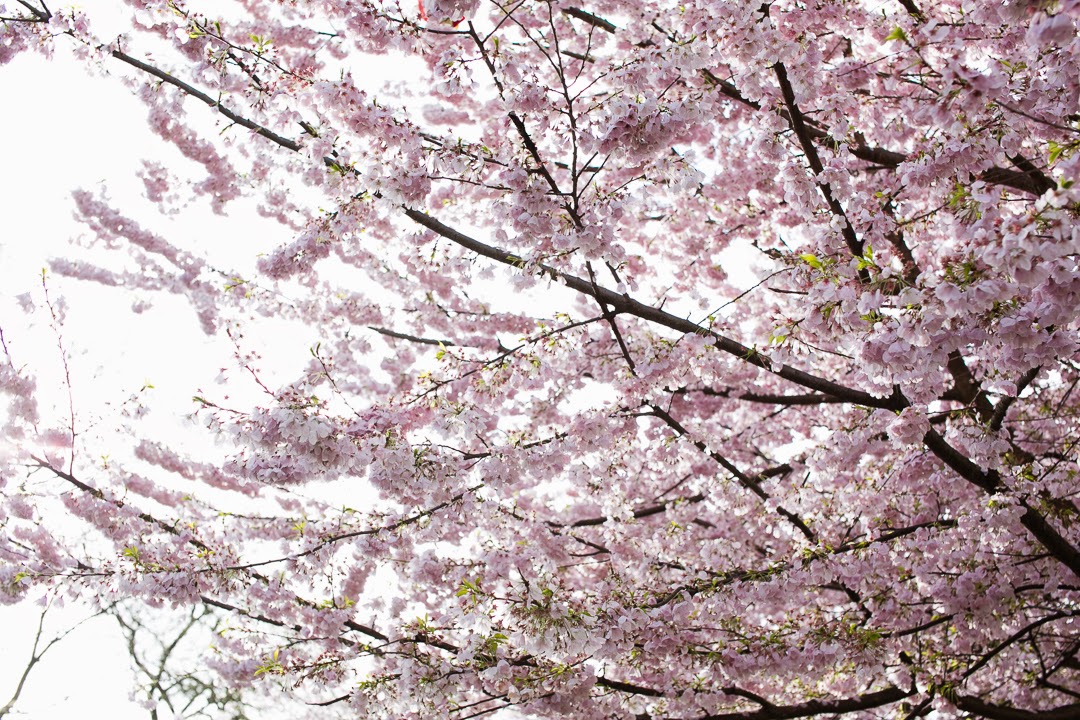 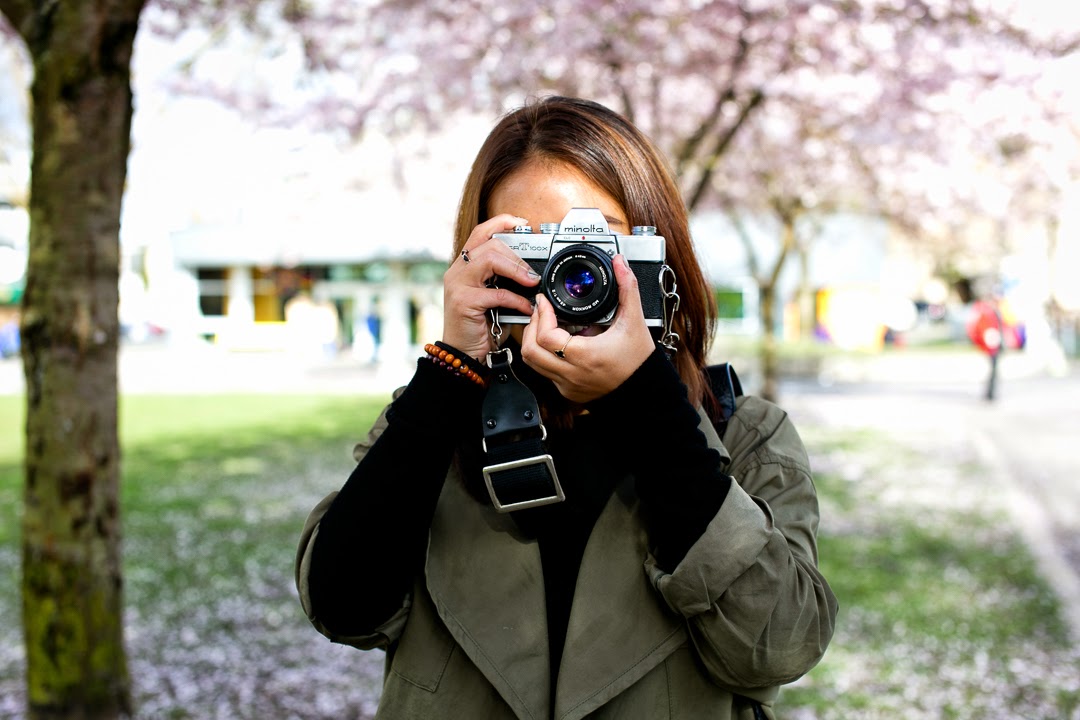 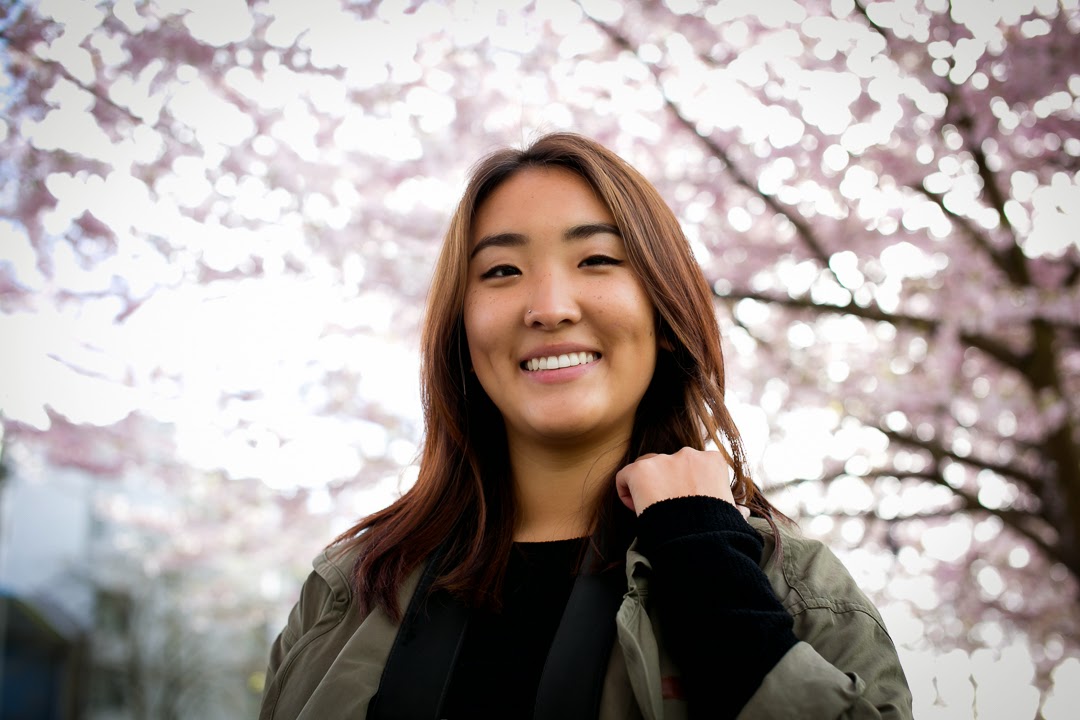 Carlina(@cafesherethere) is back from her trip to Asia just right in time to join us! Shot by Amanda 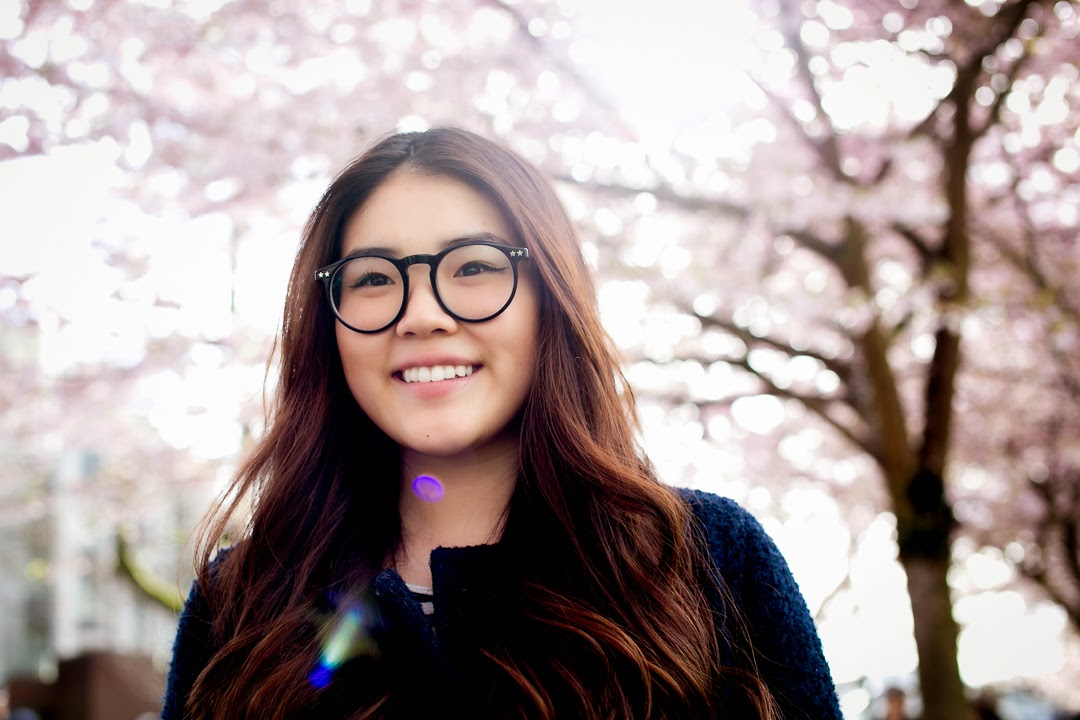 I feel absolutely thankful to everyone who came and supported the event. Hope everyone had a good time. Special thanks to Chris Wong who took extra initiatives and organized the meet-up with me. For those of who couldn't make it to #strathconameet, stay connected via my Instagram(@beyunique) to be in the know for future events. I am looking forward to connecting with talented, inspiring, creative and artistic people out there in the near future! Xo, Lucy

Unknown said…
It is always easy to forgive someone or somebody but so hard to forget the things he/she has done to you. But that is just part of our journey as a person and as a human being. Please do visit my site indicated below. Thank you and have a good day.

Thank you for sharing your thoughts and for inspiring us. Keep it up and continue on what your doing. Visit my site too.

Obat darah tinggi ampuh said…
given article is very helpful and very useful for my admin, and pardon me permission to share articles here hopefully helped :

Cara menyembuhkan flu tulang said…
given article is very helpful and very useful for my admin, and pardon me permission to share articles here hopefully helped :

FauziUzi said…
Thank you very much for sharing this very useful information, I am very happy to have found this information that I have been looking for
cara alami mengobati luka bakar
cara mengobati kifosis
22 May 2018, 21:43:00

Cara mengatasi mata glaukoma said…
may be useful for all, helpful article once and pardon me permission to share also here :

Admin said…
If you have a history of illness that is difficult to recover, maybe our next article will help you to recover

Bruno said…
Thank you very much for sharing this very useful information, I am very happy to have found this information that I have been looking for
cara mengatasi nyeri leher
obat gastritis ( iritasi / peradangan / pengikisan Lambung )
25 Jun 2018, 00:58:00

Siti Solihah said…
The post is written in very a good manner and it contains many useful information for me :

Lalisa Lisa said…
Given article is very helpful and very useful for my admin, and pardon me permission to share articles
here hopefully helped :

SOLUSI TERBAIK UNTUK PENGOBATAN PENYAKIT DALAM said…
Request permission, We want to comment here with the aim of sharing some link articles about internal diseases that you can click below

Siti Solihah said…
The post is written in very a good manner and it contains many useful information for me :

Tangki Fiber said…
You managed to hit the nail upon the top and also defined out the whole thing without having side effect , people could take a signal. Will likely be back to get more. Thanks
Tangki Panel
Tangki Fiberglass
Jual Septic Tank

Zihan Amelia said…
If love is no longer for me and if he is happy for you, I will leave even though my heart will not be willing